By registering you will receive a welcome voucher by email!

Here we are at our first Ethical Newsletter! Why Ethical? Well ... Thuja is an ethical antidote, we want to be aware of our environmental impact and act accordingly to improve our relationship with the planet.


Read on, discover the topics we offer you this month!

Before starting, however, we want to introduce you to the 5 points in which the newsletter is structured. Let's see them together.

Person of the month

Patrick Kilonzo Mwalua. The hero who brings water to the wild animals of Africa!

His story begins in November 2016, when Mwalua decides to rent a truck, get behind the wheel and drive for hours, several times a week, to bring water to animals.
Our hero lives in a very remote area of ​​Kenya, a village of about 2,500 people spread over a large area. The effects of climate change are clearly visible to him: for example, the rains are no longer cyclical and do not respect the seasons and there are some years in which it does not rain at all. Heat and drought are a problem not only for people, but also for animals. Mwalua tells how he was struck by the scene of a buffalo sniffing an empty pool of water. So with what little money he had, he rented a truck to transport water. Only later, after the news also reached other continents, did the donations allow him to buy his own truck. Now bringing water to animals has become a daily routine for him.

In addition to transporting water, it also built dams to create pools for rainwater to accumulate and installed solar-powered pumps to pump water to animals many kilometers away. 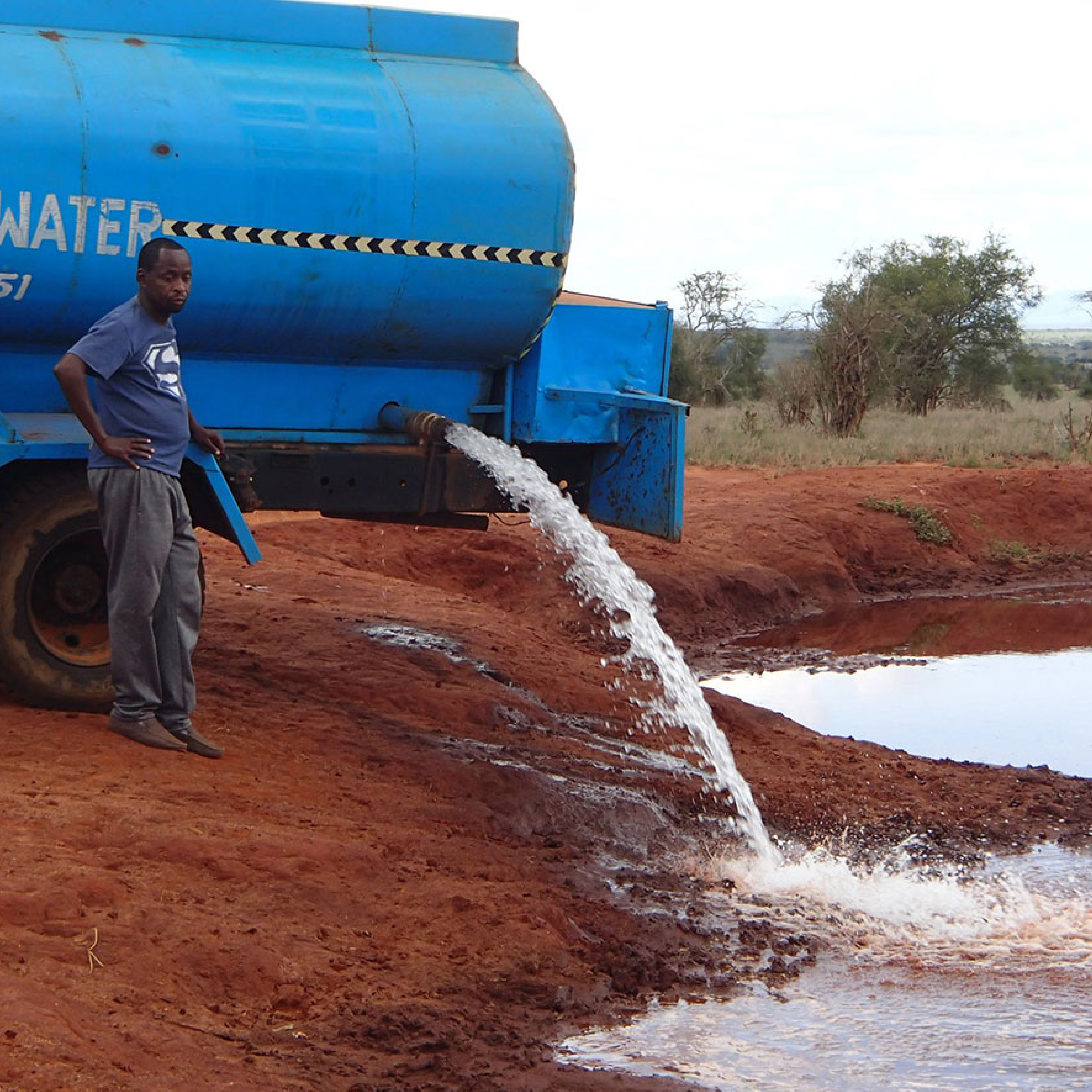 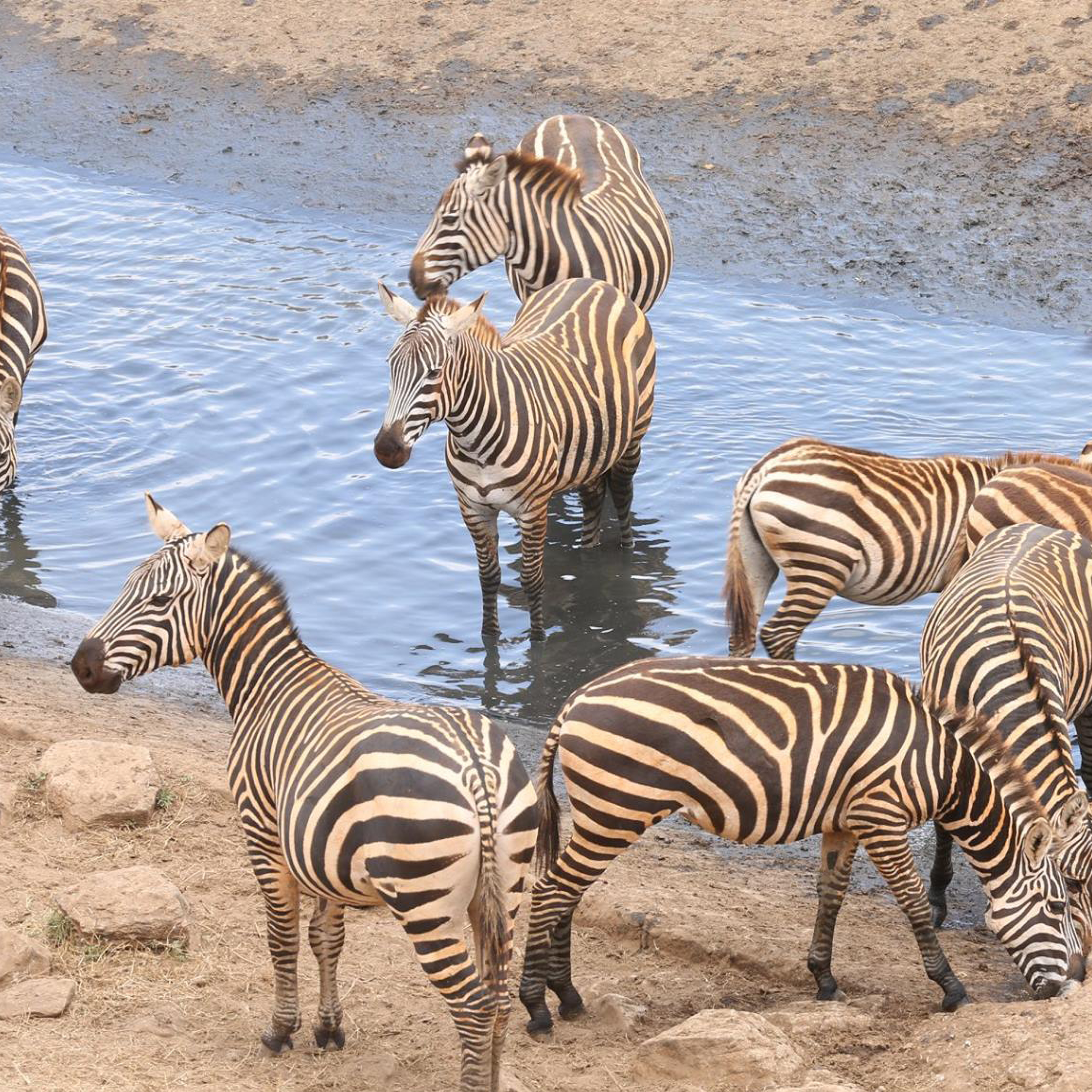 The dates of the Earth

The dates of this month have now passed, but we still want to give you more information. The Earth is celebrated every day and not only on dedicated days!

This year the theme is the "Restoration of Ecosystems", with the aim of preventing, stopping and reversing the damage inflicted on the planet's ecosystems, trying to move from the exploitation of nature to its healing . But there is more. The Day of June 5, 2021 officially launched the United Nations Decade for Ecosystem Restoration, introduced with the global mission to revive billions of hectares, from forests to farmland, from mountain tops to the depths of the sea. 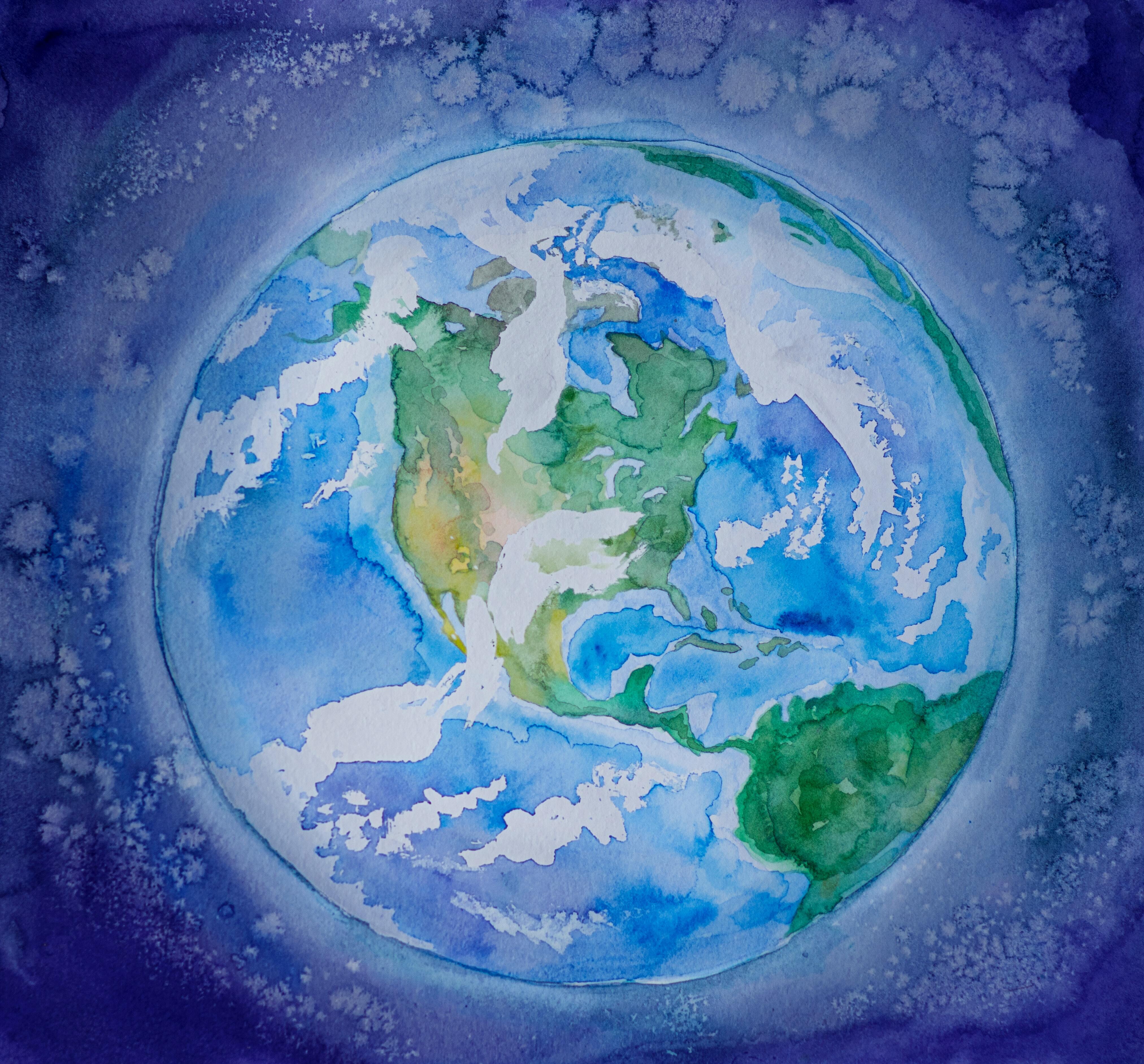 Why do we need to worry about the oceans? 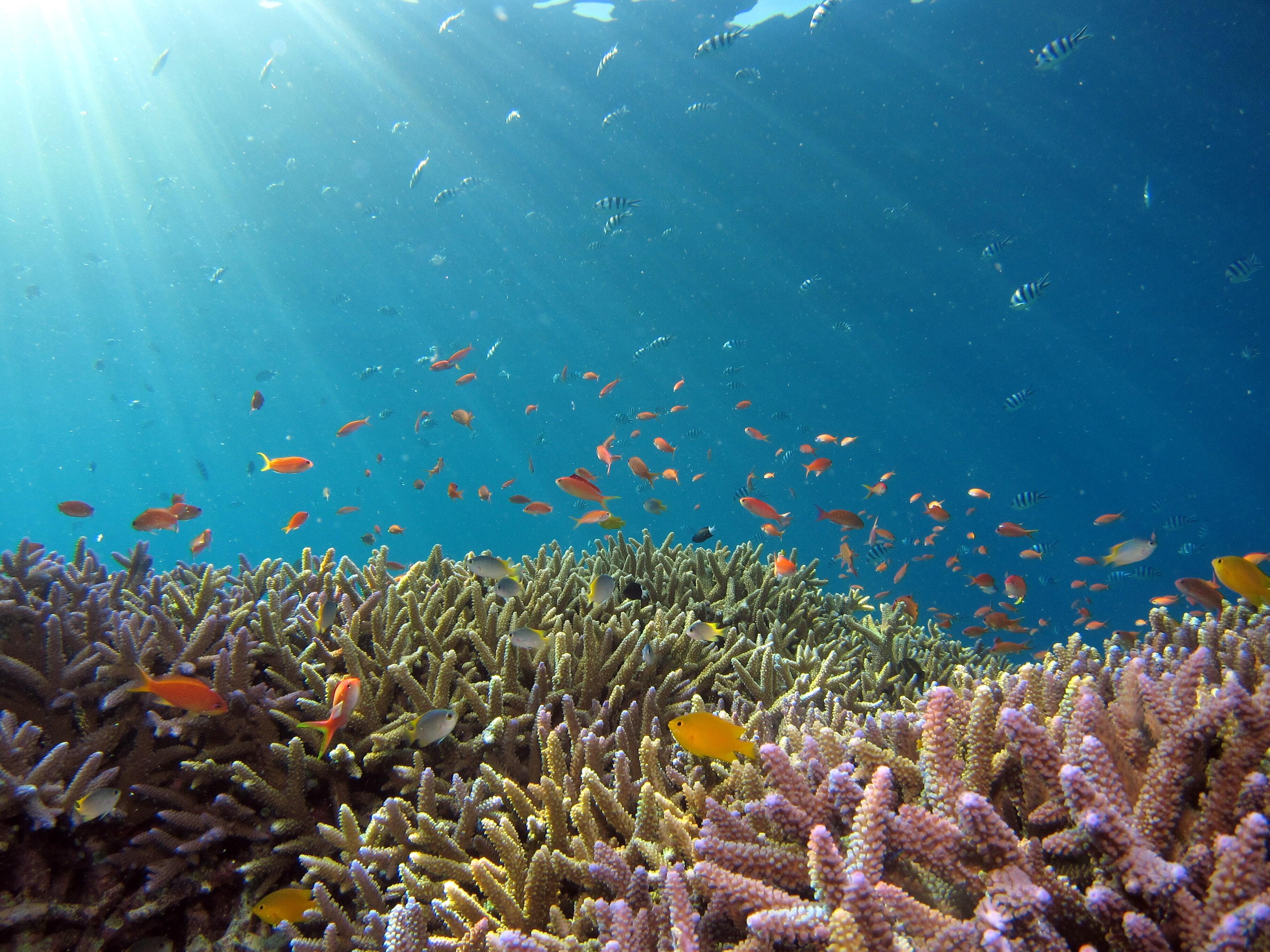 The oases of the future

Would you like to live in a "forest city"? What if we told you it will be possible?

Tengah is under construction in Singapore. The city has 5 districts all characterized by the large presence of greenery, an element from which the nickname of "forest city" comes. The presence of nature is thought of in relation to the use of green spaces and the connection between future inhabitants: for example, a space for community agriculture and gardening in the Plantation district also acts as a connecting path between the neighborhoods. There is also a forest amphitheater and water bodies, all accessible via community farms, but the most striking feature is the ecological corridor that runs through the city center providing a safe passage for wildlife and a recreational space for residents. t12>

With all this green, who still wants to use the car? Even where they are allowed, it is always better to be able to walk or cycle while enjoying the plants and wildlife!

Do you think about it? Nature is completely integrated into life in the city! But there is more ...

The city is designed as an intelligent and sustainable city, in order to meet the ecological objectives set. Using computer simulations, buildings and fenced areas are designed to optimize wind flow and minimize heat, while smart lights automatically turn off in unoccupied areas to reduce energy consumption. Automated waste collection is also planned.

We have a lot to learn from Tengah, but Tengah has learned a lot from other cities…

In this month we will also talk about some sustainable solutions adopted in the various cities of the world.Do you already know some of them? 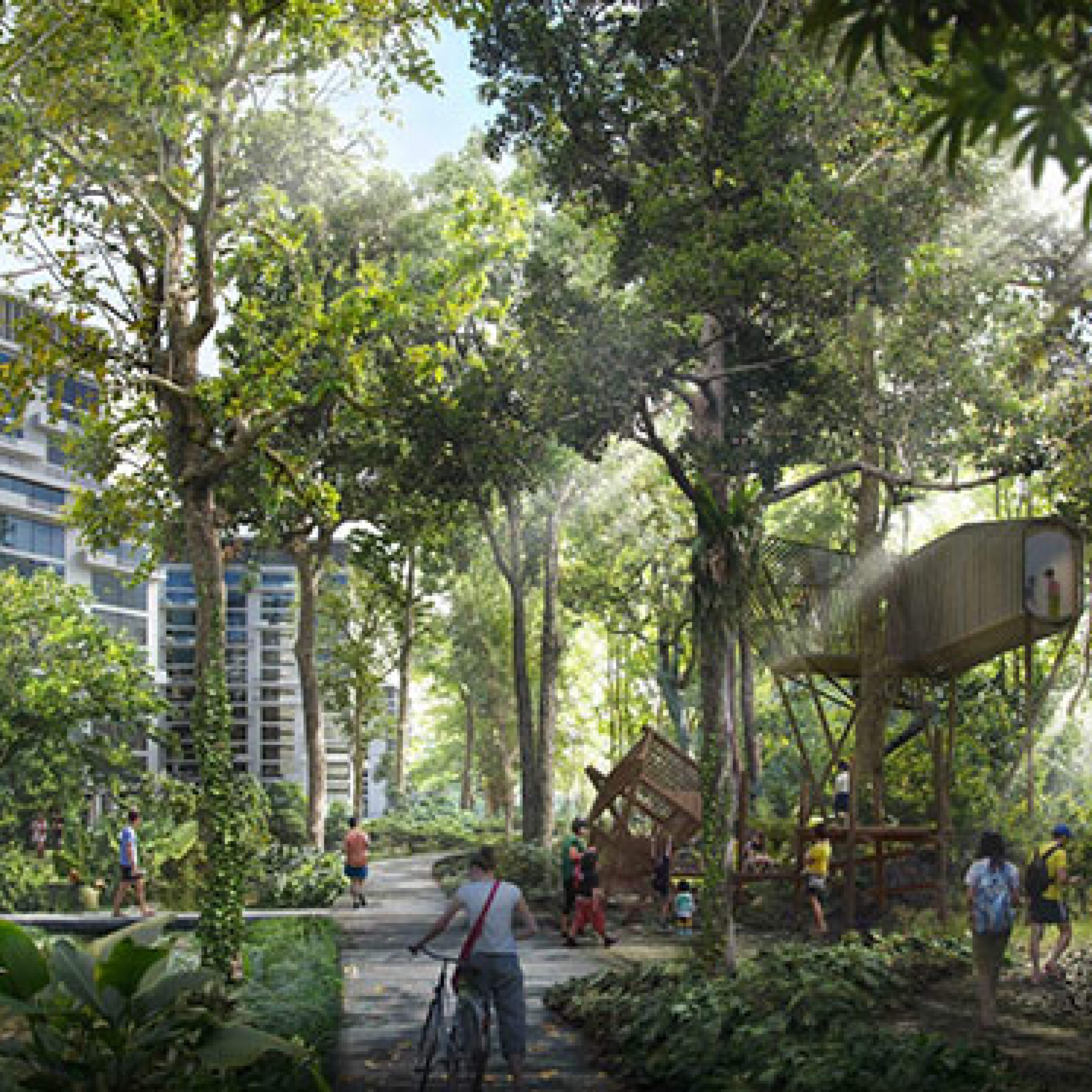 Did you know that the fashion industry is among the most polluting in the world?

You probably didn't notice it, but you must know that the way you shop, the choice of clothes and above all the end you make to the clothes you no longer use, have an incredible impact on the planet

Compared to fifty years ago, the purchase of clothing has tripled: we are buying more and more clothes at an ever faster pace to keep up with "fashion". Those who produce the garments want to offer products in the shortest possible time, so you have clothes at reduced prices and of poor quality, worked using tools and pollutants, by underpaid and exploited workers. Given the short time of the "seasons" of fashion, the garments are used for a short period of time, only to be forgotten in the closet or even worse thrown away without being recycled.

It is important to understand that the impact on the environment is determined by all the life stages of the clothes and not just the final part of non-use and non-recycling.

Let's see some numbers together! The fashion industry contributes: 20% of the global waste of water, 10% of carbon dioxide emissions, 24% of the use of insecticides, 11% of the use of pesticides.
But it doesn't stop there ... 85% of clothing ends up in landfills and only 1% of clothing is recycled or regenerated. Following various analyzes, it was found that 35% of the microplastics present in water derive from the textile and fashion industry, while the United Nations estimated that between 80% and 90% of the water used in this production chain it is reintroduced into the system without checking its state of health.

And here we stop.
Let's see what we can do instead. 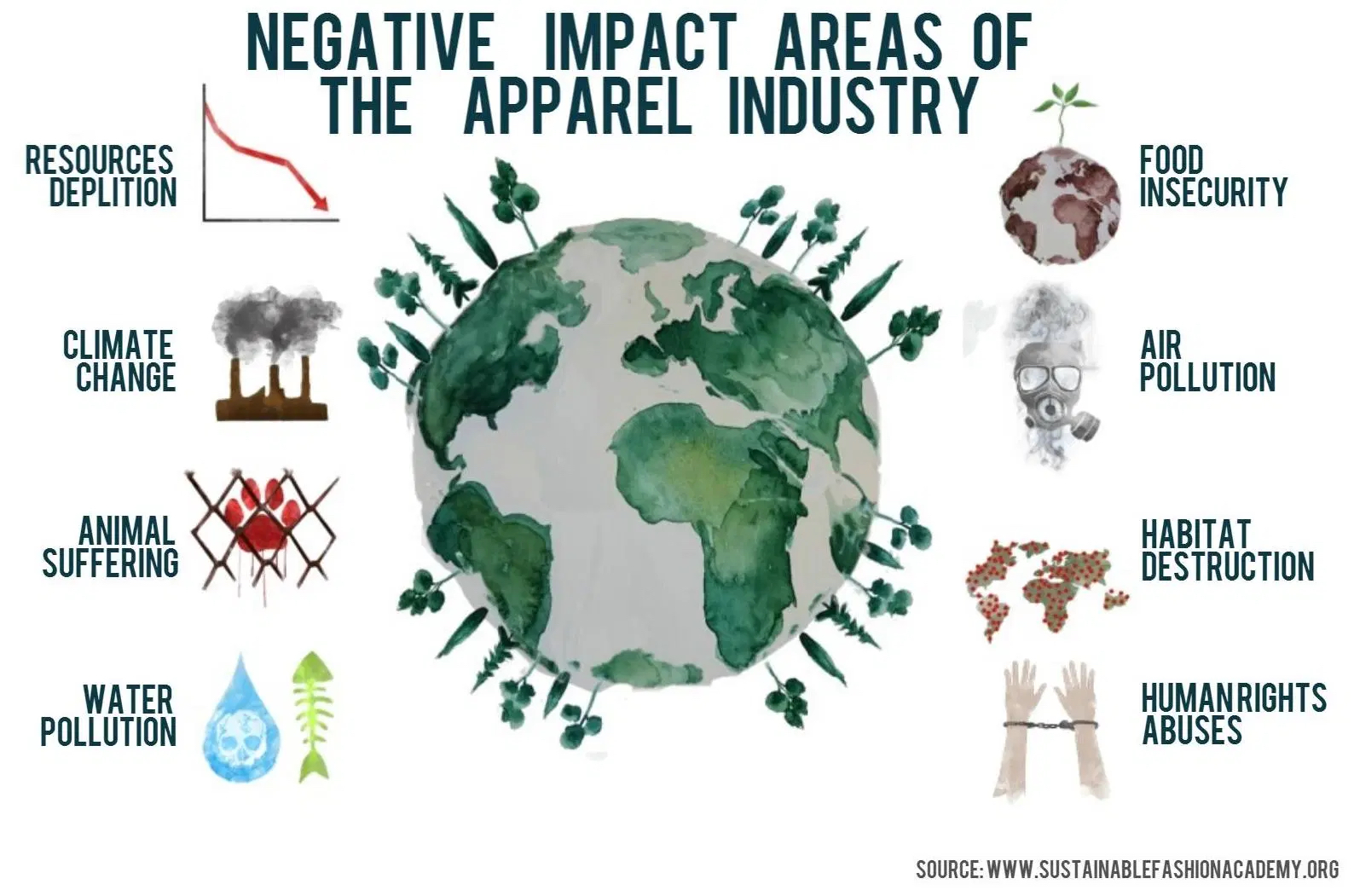 Today's is not a real action, rather a suggestion.

Awareness of what you buy is the first step for a greener lifestyle. Always inquire about the material with which your clothes are made, who produces them, where they come from, ... in short, their "ecological footprint".

Organic cotton is grown without toxic pesticides and synthetic fertilizers that destroy the environment and leave a great mark on biodiversity. Furthermore, organic cotton crops are not genetically modified.

A study conducted by the Textile Exchange on the life cycle of organic cotton compared to standard cotton has shown that its production from sowing the seed to packing the cotton is much more sustainable, with a reduced impact on the environment: it does not damage water quality and biodiversity as much as standard cotton and affects acidification and global warming less .

Some of the compounds found in traditionally used pesticides are known carcinogens and affect not only cotton workers, but also all those who wear clothes. All toxic dyes, pesticides, insecticides and fertilizers used during production can be absorbed by our skin while wearing our clothes. So organic cotton is better for our health and it is also hypoallergenic.

Already these small aspects make the difference, both for our health and for that of our 'environment.Look carefully at the composition of the garments you buy and reflect on their environmental impact! 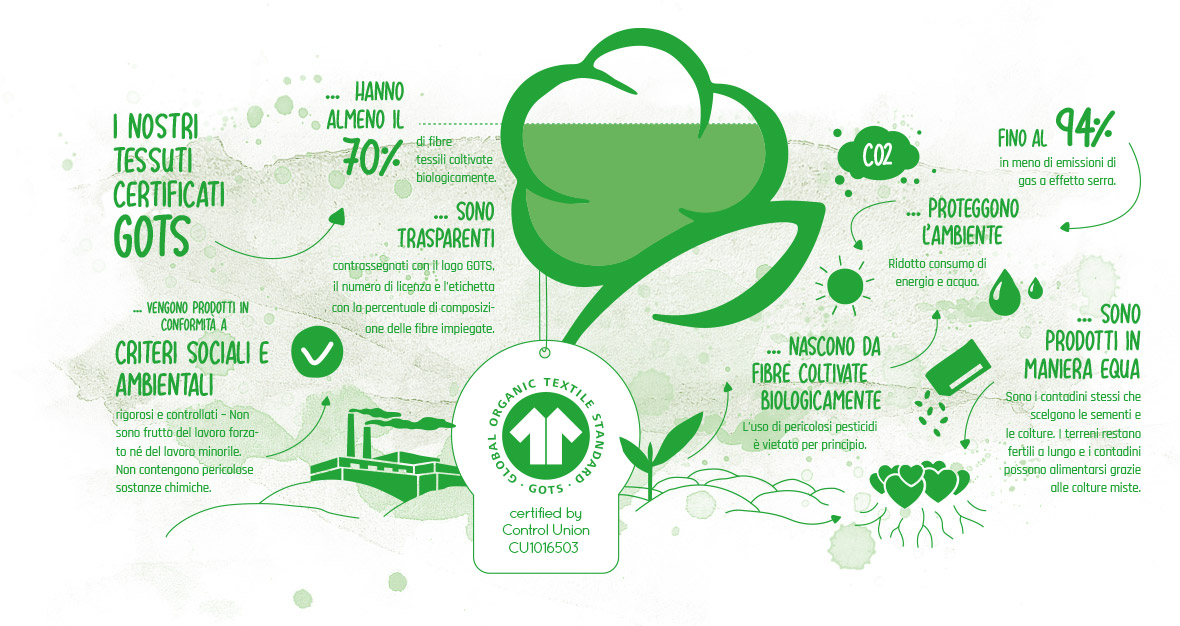 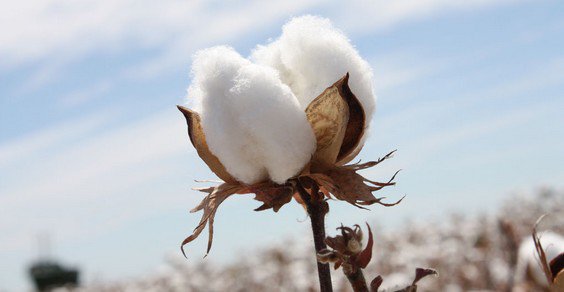 Thank you for reading the Ethical Newsletter!

If you are not registered you can do it at the bottom of this page!

See you next time, in the meantime you can find us on our social channels

If you liked the first Ethical Newsletter, don't forget to subscribe to receive the next issues directly in your inbox!